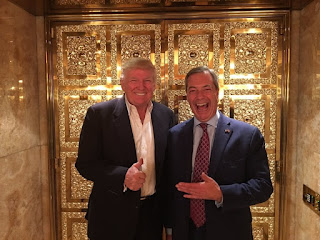 Well, I think we can all agree that this year hasn't been one of the best. We've lost Prince, David Bowie, Terry Wogan, and Carrie Fisher, among others, and politically, it's been one of my least favourite years yet.

Despite that, I've kept busy with plenty of projects this year. The arts are so important in upholding values of decency and inclusion, and I'm glad to have had the opportunity to work on projects that uphold those values this year.
Here's my review of the year in pictures.

Riot! My Chariot of Fire publication

This summer, an artwork called The Aftermath Dislocation Principle by Jimmy Cauty, came to Leeds. Housed in a shipping container, it's a scale model artwork of a small British village in the wake of some mysterious civil unrest.

To accompany the visit of this artwork to Leeds, I put together a publication of some local writers and artists responding to the theme 'Riot'. We had some great writing and poetry in there from writers like Ian Harker, Gloria Dawson, Jennifer Isherwood, Boff Whalley and Lisa Bristow, among others. Copies were available free from The Chemic pub in Leeds, where the ADP was situated. 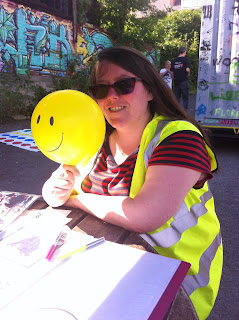 There were plenty of other performances going on during the ADP's visit to Leeds, including a performance by the Commoner's Choir, readings, and noise workshops. It was a joyful and celebratory few weeks, and I was glad to have had the opportunity to be involved.

One of the things I was really excited about doing this year was teaching for First Story. They are a literature charity who place writers in residency in schools in the UK.

This year I started a Residency in Leeds White Rose Academies Trust, which will result in an anthology just like one of the ones pictured above.

It has been such a huge privilege and joy to work with the young people at the school. They constantly surprise me with their bravery and inventiveness. One of my students even got shortlisted in the First Story National Six-Word Story Competition!


Towards the end of 2015, Max Farrar of the Remember Oluwale charity got in touch to ask whether I'd be interested in helping them put an anthology together in memory of David Oluwale.

Oluwale was a man who came to the North of England from Nigeria in the late 50s; he spent a great deal of his time in Leeds sleeping rough, where he was repeatedly victimised by two police officers, who assaulted and taunted him. He was later found floating dead in the River Aire. (You can read more about his story in Foreigners by Caryl Phillips, or The Hounding of David Oluwale by Kester Aspden.)

The Remember Oluwale Charity works to keep his memory alive, and to campaign to make the city of Leeds one which is more inclusive and welcoming. It's a great charity.

A writing competition resulted in an anthology, which was launched as part of the Northern Short Story Festival. The book is out now and available from Valley Press books.

2016 saw the launch of the first ever Northern Short Story Festival: a day of talking, reading, discussing, and workshopping, short stories.

We were lucky to have some amazing writers taking part in this year's festival. Avril Joy, Clare Fisher, Anna Chilvers, and many more, all took part.

The Northern Short Story Festival 2016 was a huge success - we saw all of the workshops sell out, and lots of positive comments on social media afterwards. Plenty took us up on our offer to talk small publishing with editors from Comma Press, Valley Press, and Tartarus Press; this kind of event is quite rare in the North of England, and it was clear that people wanted the opportunity to talk about short stories, and to find out more about the publishing world.


It was an exciting day, and afterwards we were all glad to get to the afterparty to have a drink to wind down. Boo Owl (from the Big Bookend) got a bit excited and rowdy. Here he is, having a go on a ukulele that doesn't belong to him.


I'm pleased to say that, after winning a grant from Leeds Inspired for next years' festival, there will be a Northern Short Story Festival in 2017 too - so watch this space for more news!

Fictions of Every Kind, and Writing on Air

One of the really fun things I got to get involved with this year was the Chapel FM Writing on Air festival. Every year, the folk at Chapel FM invite writers and writing groups into their (frankly amazing) space, to come and broadcast a festival of live spoken word events.

Organising our programme is something I can't take credit for - Jenna Isherwood (pictured above, on the right) did most of the hard work. It was great to be involved and we're planning to take part again in 2017.

Now I look back on it all - whew, it seems to have been quite a jam-packed year! I was glad to have the mug cakes on hand to keep me going.

Other things that were good this year were: I found a shop near me that sells old Ladybird books. 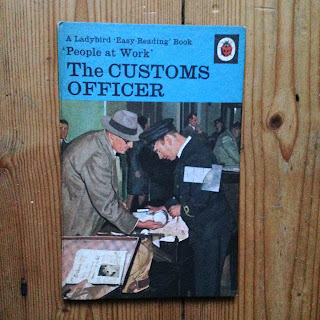 I saw this cool little boat and harbour while in Northern Ireland over Christmas: 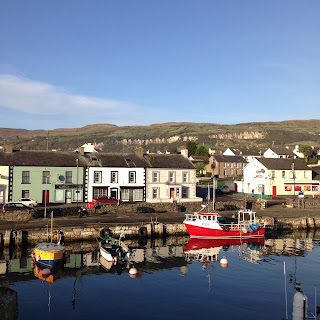 Two of my own short stories were published this year: The Gordon Trask, on Disclaimer Magazine, and Maps of Imaginary Towns, on Litro.

I'm also looking forward to working on some more exciting projects next year. Here are some (just some!) of the things I'll be up to in 2017:

February to July - teaching a Comma Press Short Story Writing Course at Carriageworks Theatre in Leeds. There's some more information about the course itself here, and you can book your place online here.


February 27th - hosting Fictions of Every Kind: Treats, with short story writer Lara Williams and poet Suzannah Evans. If you're lucky, there will be more mug cakes. More information here.


Late June 2017 - the release of my second novel, Guest, from Dead Ink Books. Details, launch events and readings to be announced. Watch this space for more information!